Lorz Benitez grew up in the 1950s in Meadville, PA. Perhaps singing the Mass responses in Latin at Saint Bridgit’s church or the sound of her grandfather’s German accent awakened her interest in language—or the visit from an uncle who had lived in Paris and spoke French. Maybe following her Army captain father from post to post during WWII created an appetite for travel.

Although encouraged by her parents toward a teaching career, Lorz Benitez left college to work in a high-end retail store in Cleveland, Ohio. Her classroom was a salon of imported fashions and colleagues with accents. She wanted the story behind any voice that didn’t sound like hers. But the accented voice that changed her life belonged to a Spaniard.

At the age of twenty-four, Lorz Benitez resigned from a hard-earned position, drained her bank account and sailed away with a civil engineer from Madrid ten years her senior. This is the inside story of a Spanish/American marriage during the final decade of the Franco dictatorship, and of an ongoing love for Spain.

After nearly twelve years in Madrid, Lorz Benitez returned to the United States and now lives in Scottsdale, Arizona. 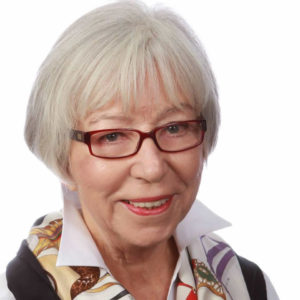